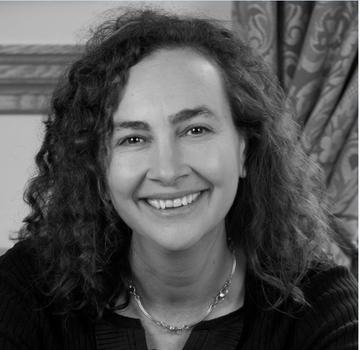 Dr Sarah Ogilvie is a linguist, lexicographer, and computer scientist who works at the intersection of technology and the humanities.

She is the Director of the new MSc in Digital Scholarship, and Senior Research Fellow in the Faculty of Linguistics, Philology, and Phonetics, and Director of the Dictionary Lab, a research initiative at the University of Oxford that applies qualitative and quantitative analysis to the study of dictionaries and languages around the world.

Dr Ogilvie previously worked at Amazon’s innovation lab in Silicon Valley, and taught at Cambridge and Stanford where she was Co-Director of the Stanford Digital Humanities Minor. She completed her doctorate in Linguistics at the University of Oxford, and is originally from Australia where she studied for a BSc in Computer Science and Pure Mathematics at University of Queensland and an MA in Linguistics at Australian National University.

For 2018-21, Dr Ogilvie is also a research affiliate at Stanford’s Center for Advanced Studies in the Behavioral Sciences (CASBS). Her work is part of the iGen Project, an interdisciplinary team applying digital tools and techniques to the study of the language, cultural norms, and values of those born during the mid-1990s. The results of this research will be published in a book entitled Gen Z, Explained: the Art of Living in a Digital Age by University of Chicago Press in November 2021.

Ogilvie’s work in language documentation and description has focused on Mutsun, an American Indian language of California, and Morrobalama, an Australian Aboriginal language of remote Cape York Peninsula. She is currently working on a large digital humanities project which maps efforts to revitalize endangered languages across the globe.

As a lexicographer and specialist in the English language, Ogilvie worked as editor on the Oxford English Dictionary, responsible for words coming into English from outside Europe; etymologist of the Shorter Oxford Dictionary; languages-of-the-world editor of the Encyclopedia of Language and Linguistics (Elsevier), co-editor of Concise Encyclopedia of the Languages of the World (Elsevier), as well as several other Oxford dictionaries in Australia and Britain, including the Oxford Dictionary of National Biography. She is author of Words of the World: A Global History of the Oxford English Dictionary (Cambridge University Press, 2013) and co-editor of Keeping Languages Alive: Documentation, Pedagogy, and Revitalization (Cambridge University Press, 2014), The Whole World in a Book: Dictionaries in the Nineteenth Century (Oxford University Press, 2019) and the Cambridge Companion to English Dictionaries (2020).

Ogilvie has an interest in the visual arts and served for eight years on the Board of the Fine Arts Museums of San Francisco, the de Young Museum and Legion of Honor. She is Associate Editor of the journal Dictionaries and serves on the Executive Board and Publications Committee of the Dictionary Society of North America.

Ogilvie has a particular interest in the role of technology in the future of libraries and publishing, and serves on the Board of Curators of the Bodleian Library and on the Advisory Board of the Stanford University Libraries.