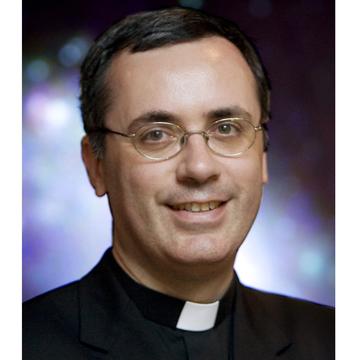 Research Director of the Ian Ramsey Centre for Science and Religion

Fr Andrew Pinsent is a Research Fellow of Harris Manchester College, Research Director of the Ian Ramsey Centre for Science and Religion, a member of the Theology and Religion Faculty at Oxford University, an Associate Research Fellow of the Anscombe Bioethics Centre, and a priest of the Diocese of Arundel and Brighton. He was formerly a high energy physicist on the DELPHI experiment at the LEP particle accelerator at CERN, has degrees in philosophy and theology from the Pontifical Gregorian University and a second doctorate, in philosophy.

He is the author of The Second-Person Perspective in Aquinas’s Ethics: Virtues and Gifts (Routledge, 2012) and a variety of publications on virtue ethics, neurotheology, science and religion, the philosophy of the person, divine action, and the nature of evil. He has been Principal Investigator for more than $5.5M of research grants at Oxford since 2009, involving scholars in more than a dozen countries. He also supervises dissertations on theological issues in relation to contemporary science. In the media, in schools, and at a great diversity of other venues, he is a regular contributor to public engagement with science and faith issues.