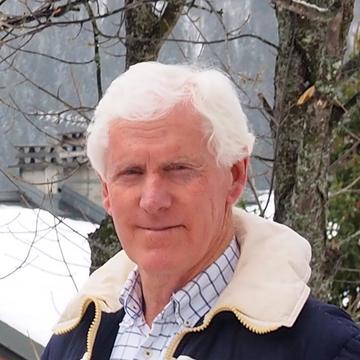 Christopher Keeble has enjoyed a challenging and rewarding military and commercial career. Born in Quetta, British India, he was educated at the Catholic Benedictine School of Douai, and at the Royal Military Academy, Sandhurst. He was granted a commission to serve in The Parachute Regiment.

He acquired experience in leadership and management in a variety of tough front-line operational situations in the Far East, Yemen, North Africa, Central America, and Northern Ireland. The tasks required mission success with limited resources, and the sustaining of morale, against a background of constant uncertainty and change. Good governance, compliance to complex regulatory requirements and exacting ethical principles and values, were integral to service accountability and public judgment.

He worked with NATO strategic intelligence in collaboration with US and UK reinforcements, Special Forces and Government intelligence agencies. He attended the Joint Service Defence College in 1984. The award of the Distinguished Service Order recognised his gallantry in command of the Parachute Regiment’s Second Battalion, during the Battle of Goose Green, at a pivotal stage in the Falklands Conflict in 1982.

Retiring in 1987, he retrained through Cranfield University, and established a unique consultancy and lecturing practice that has successfully enabled senior leaders to balance the ethic of business performance and peoples’ flourishing. His clients included the Cabinet Office, the UK Police forces, the NHS, as well as multi-nationals in the Middle East and the US. He has been committed to helping leaders evaluate their moral ‘claim to lead’.

He is married to Jenny, has four children, nine grandchildren, and lives near Oxford.