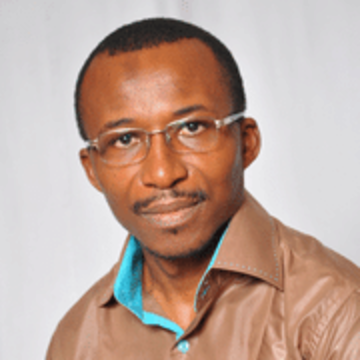 Professor Choukem entered medical school (University Centre for Health Sciences, UCHS, Yaounde, Cameroon) in 1991 where he graduated as Doctor of Medicine in 1998. After two years of public service as a general practitioner he entered the specialization programme in internal medicine at the Faculty of Medicine and Biomedical Sciences (FMBS, previously UCHS).

After graduation as internist in 2004 he continued specialised training in Endocrinology and Diabetes in Paris (Saint-Louis University Hospital), 2004-2006. He thereafter worked as clinical fellow and lecturer (Saint-Louis Hospital and University of Paris 7 Medical School), and research fellow (National Institute of Health and Medical Research, INSERM, Paris. Since his return to Cameroon in 2008 he has been working in the Douala General Hospital and the Faculty of Health Sciences, University of Buea. In April 2013 he was received as Professor of Universities-Consultant in Paris following the French professor competitive exam.

Fellowships and awards: Cruddas Link Fellowship, Tseu Medical Institute, Harris Manchester College, University of Oxford (2013-16) Albert Reynold Fellowship 2012, awarded by the European Foundation for the Study of Diabetes (EFSD) Raymond Berger award 2008 for the excellence of the research work entitled 'Ketosis-prone type 2 diabetes is associated with the Human Herpesvirus 8 infection in patients of sub-Saharan African origin'; awarded by the Raymond Berger Foundation for the study of diabetes and metabolic diseases (Lausanne, Switzerland)