The College Chapel was built in the arts and crafts style at the end of the nineteenth century, when the college first came to Oxford. It is well-known for its stained glass windows designed by Edward Burne-Jones and William Morris, and painted organ pipes. It is a tranquil space in the midst of the bustle of college life, enjoyed by many. It hosts college services, run by our college chaplain, on weekdays, and Sunday services, run by the Chapel Society in the Unitarian tradition, on Sundays.

Our Chapel is unusual in that, historically, it was designated for those who could not accept the beliefs of any particular denomination, and this open spirit continues today. It is for all to enjoy, regardless of belief.

The chapel is a wonderful place for weddings, and we are proud that – in the college’s radical tradition - it is one of the very few Oxford college chapels that is able to hold and legally register same-sex marriages. We offer a warm welcome to all wedding couples, their families and friends.

The Chapel, which was designed by Worthington and Elgood of Manchester, was dedicated in 1893. The original windows were of plain glass; the oak screen was added in 1896; seating was on individual chairs, until the installation of the pews in 1897. The shields on the screen chart the College’s peripatetic history, moving from Warrington to York, to Manchester, and to London, before settling in Oxford in 1893.

Harris Manchester has a fine three-manual Nicholson organ in its chapel, restored in 2008.

The organ pipes were painted by Morris and Co., but the college tradition that William morris himself painted them in situ is unfortunately false, since he died a year before they were commissioned. 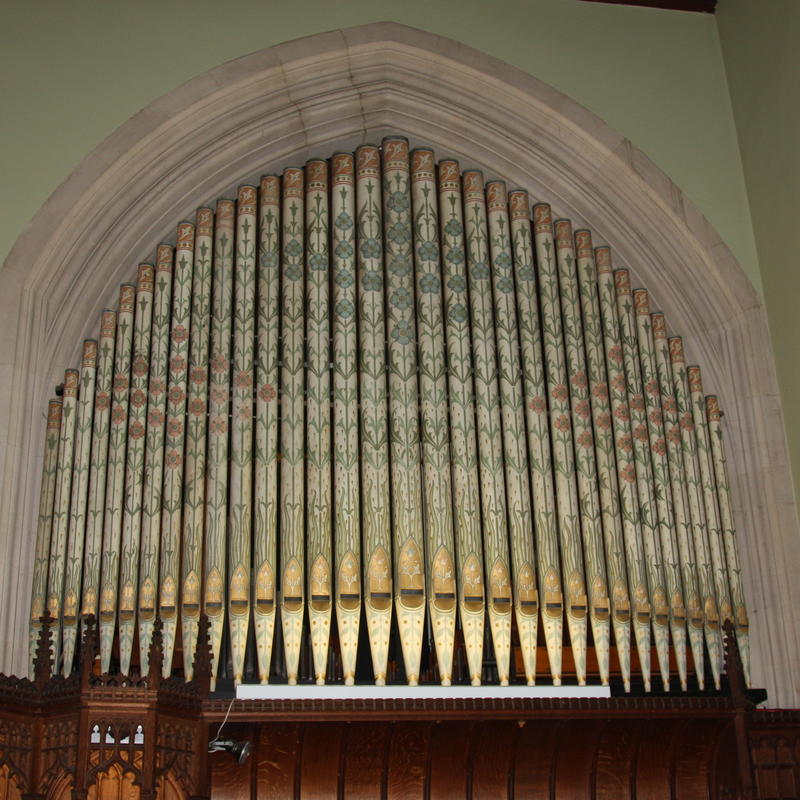 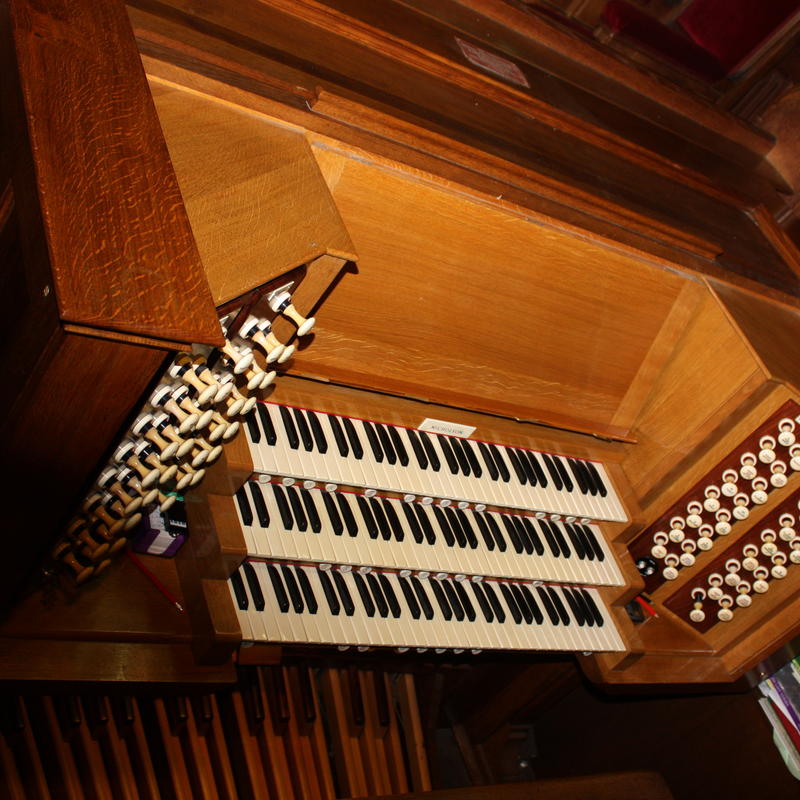 The windows which are now the glory of the chapel replaced the original plain glass between 1895 and 1899. They are all by Edward Burne-Jones and William Morris, making the chapel the only room in Oxford to be lit entirely by Morris/Burne-Jones glass. Perhaps the most striking are the Six Days of Creation, installed in 1896 on the North wall, a gift of James and Isabella Arlosh, in memory of their son, Godfrey. Six angels carry the earth as it was on successive days of Creation, with the previous days’ angels crowding in behind each new one. The motto ‘elargissez dieu’, a quotation from Diderot, can be translated as ‘broaden your idea of God’.

The windows facing the Creation series represent virtues, such as generosity, charity and humility. In the choir, facing the organ pipes, two small windows in delicate, softer colours, reflect a musical theme: Miriam, sister of Moses, accompanying her own song with cymbals, and David, composer of the Psalms, with his harp. Both were added to the Chapel in 1900.

There is also a fine run of stained glass in the Library including portraits of original supporters of the College, and an extraordinary window reflecting religion through the ages in the library oriel. 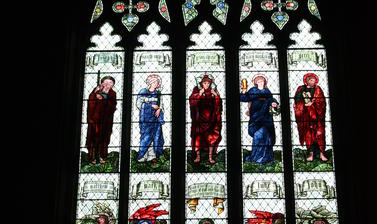 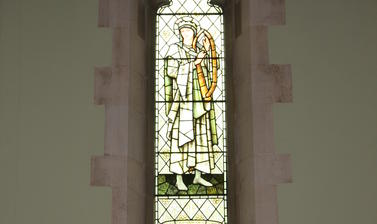 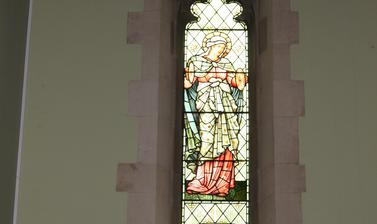 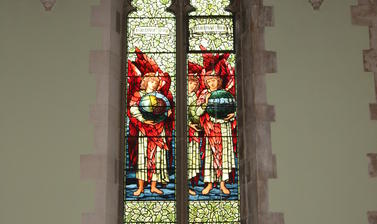 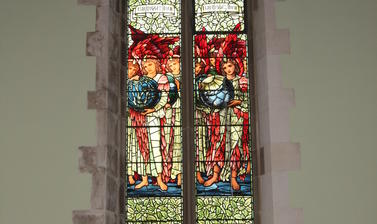 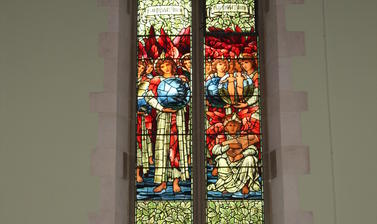 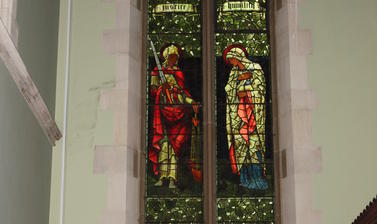 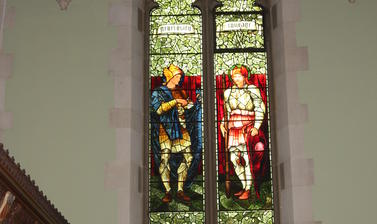 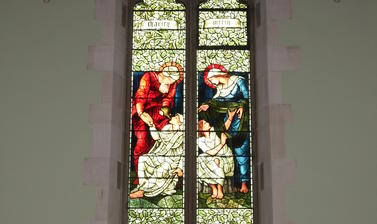 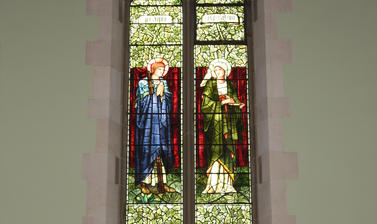 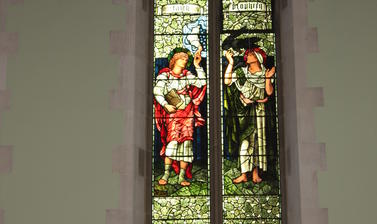