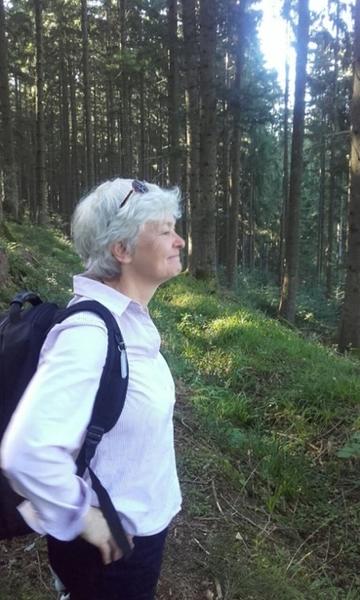 Professor Lesley Smith is Fellow and Tutor in Politics and Senior Tutor at Harris Manchester College, and University Professor of Medieval Intellectual History. She studied at the London School of Economics, Oxford University and the Pontifical Institute for Mediaeval Studies in Toronto.

Lesley is the HMC tutor in politics for the undergraduate degrees in Philosophy, Politics and Economics and History and Politics.  She teaches the first-year politics papers as well as core and optional papers in political theory for second- and third-year students.  For HMC History students,  she teaches the papers in Historical Texts and Medieval Christendom.   She has also taught and examined  for the Theology faculty.

Recent and current doctoral students are working on architectural representations in twelfth-century manuscripts;  the concept of synderesis in Bonaventure’s Itinerarium;  Leo IX and reform; Humbert of Romans and the Franciscan Rule;  the sermons of Nicolas de Biard;  and Nicholas of Lyra’s commentary on the Book of Esther.

The history of ideas, particularly in the medieval period.

Lesley works on the medieval Bible, as both a physical and intellectual object. This ranges from close technical work with manuscripts of Bibles, biblical commentary, theology and pastoralia, to the exposition of commentary and theology, to investigation of the intellectual milieu of the schools in which the Bible was studied – the people and the products of this early university system, from the twelfth century onwards. In particular, she explores the two-way link between the manuscript evidence and the intellectual evidence of these early schools – in modern terms, how technology affects what we learn and know, and vice versa. The study of the Bible has also led her to contribute to the study of medieval Jewish-Christian scholarship and relations.