Gift of The Guardian First Edition

Gift of The Guardian First Edition

We are delighted to announce the wonderful gift of a first edition of the Manchester Guardian newspaper for our archives, very generously donated by Alan Rusbridger, currently Principal of Lady Margaret Hall and former editor of the Guardian.

Alan Rusbridger was one of the Principal’s ‘fireside chat’ guests in Michaelmas Term and in the course of that conversation he was delighted to learn of the longstanding links between the Manchester Guardian, Unitarianism and our college. He subsequently decided that Harris Manchester College was the right home for his first edition, and we are enormously grateful for this outstanding gift. It will enrich our archives immensely.

The lives of the Taylor and Scott families – so important in the history of the Manchester Guardian – have threaded in and out of the history of the college. John Edward Taylor, a prominent Unitarian, founded the Manchester Guardian in 1821. His son Russell Scott Taylor was a student at Manchester New College (as our college was then called), and went on to serve as the Manchester Guardian editor from 1844 until he died in 1848.  His brother, John Edward Taylor (the younger) then took over the newspaper; he had not officially been a student at Manchester New College but he did attend James Martineau’s lectures on philosophy and William Gaskell’s lectures on history and literature at the college; and he served as a trustee of Manchester New College from 1864 until his death in 1905. His cousin, C. P. Scott, became editor in 1872, and in 1905 proprietor as well; he too was a Unitarian. He was a deeply influential editor, holding that position until 1929, and making the Manchester Guardian ‘a newspaper with which the whole world had to reckon’ as another editor put it. His nephew, also named C.P. Scott, was a student at our college and was ordained. Members of the Scott family have been involved with the Unitarian chapel society, based in college, throughout the twentieth century and up to the present day.

The Guardian celebrates its 200th anniversary on May 5th this year, and we will be marking that significant anniversary in college.

Alan Rusbridger will give a talk on the history of the Guardian, online and open to all, on the eve of the anniversary, Tuesday May 4th at 5 p.m.

We will also have an online exhibition of all our archival materials relating to the Guardian, including our first edition, available for viewing on our website in Trinity Term.  More details to follow. 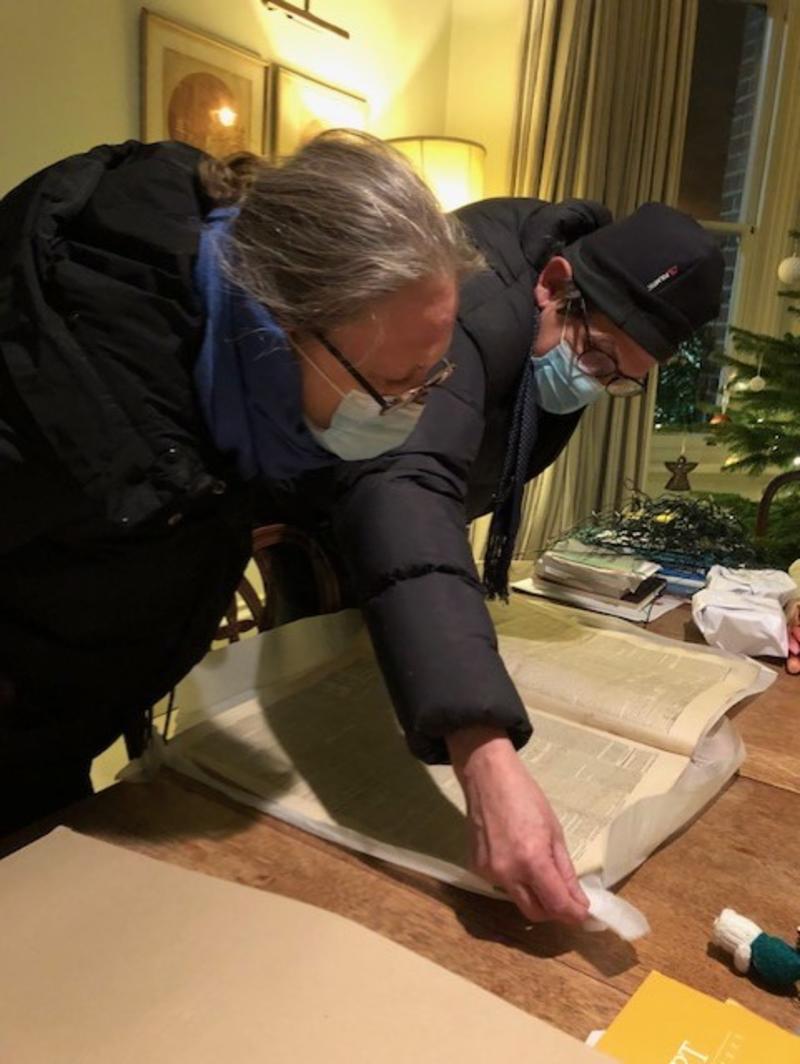