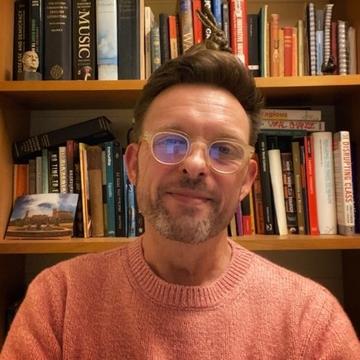 We are delighted to announce the election of Professor Matthew Weait as a Fellow of Harris Manchester College, beginning in April 2022. Professor Weait will be joining Oxford University as Director of the Department for Continuing Education . There is great potential synergy between the work of that department and our own work as a college for mature students, and we are very pleased to develop this new relationship between the two institutions.

Professor Weait will be moving from the University of Hertfordshire, where he is Deputy Vice-Chancellor and Professor of Law and Society. He has extensive experience of higher education and leadership - with positions at (among others) New College Oxford, Birkbeck, University of London and the Open University - and is a qualified barrister.

Professor Weait’s research is in the field of law and public health, in particular the impact of criminal law and criminal justice processes on people living with HIV and AIDS. He has published widely in this area and provided expert consultancy to the National AIDS Trust, the British HIV Association, the European AIDS Treatment Group, UNAIDS, and WHO (Europe). He was an advisor to the Global Commission on HIV and the Law, which reported in 2012 and is the lead for law, human rights, politics, and ethics at the International AIDS Conference 2022. In 2015 he was elected a Bencher of Middle Temple, where he is Vice-Chair of the Education and Training Committee. In 2017 he was elected a Fellow of the Academy of Social Sciences, and in 2021 to the Royal Society for Public Health.

Professor Weait has a longstanding commitment to promoting higher and continuing educational opportunities for non-traditional learners, and to equality, diversity, and inclusion in higher education. He has been a Governor of Morley College, Athena SWAN Champion at the University of Portsmouth and Senior LGBTQ+ Champion at Hertfordshire. He is a keen writer of fiction and has an MA in Creative Writing from Birkbeck.

We very much look forward to welcoming Professor Weait to Harris Manchester College, and to a new chapter in our relationship with the Department for Continuing Education.