Tree dedication, honouring the Jewish refugees who came to Oxford

Tree dedication, honouring the Jewish refugees who came to Oxford

We were honoured to plant a cherry tree as part of the campaign by the Association of Jewish Refugees that will see 80 trees planted around Britain in honour of people and places that symbolise the enormous contribution made to every walk of British life
by refugees who escaped from Nazi Europe. ‘Our’ tree represents the sanctuary given by the College and the University of Oxford to academics from the 1930s onwards.

Following the rise of the Third Reich, many Jewish academics in Germany and Austria lost their university positions and were faced with the terror and horror of the Nazis’ violent persecution. Among those who escaped, several were welcomed by colleges
in Oxford.

Professor Fritz Heinemann, a philosopher from Frankfurt, arrived in Oxford in 1939 and taught at Harris Manchester College. This cherry tree is planted in his name, and honours both him and all the academic refugees who made new lives in this city and
University.

On 8th March we welcomed a number of people to the College to celebrate this initiative, including Heads of House, representatives from the Association of Jewish Refugees, descendants of refugees given sanctuary in Oxford in the 1930s and 1940s, and friends,
students, staff and Fellows of the College. 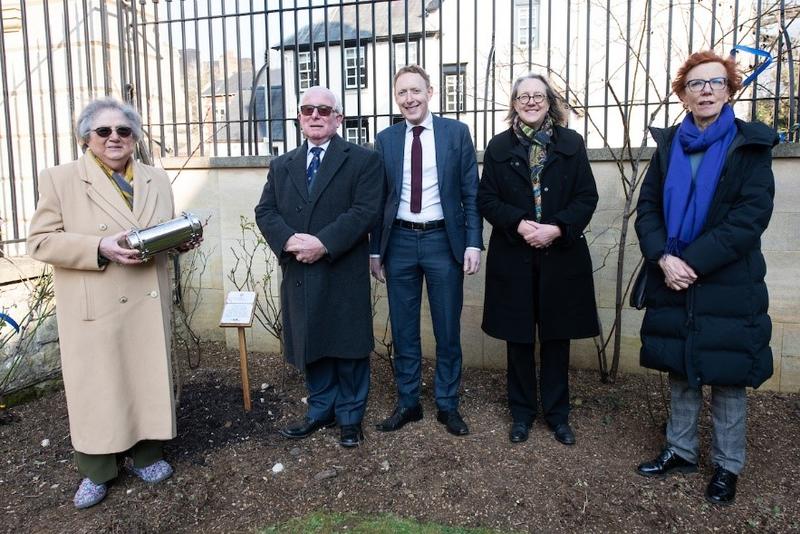