At the time that The Manchester Guardian was launched, there were various duties attached to the publication of newspapers. Initially introduced in 1712, a stamp tax of 1/2d was levied on newspapers and pamphlets, but additional costs and restrictions were added when the Six Acts were passed following the Peterloo Massacre in 1819.  By the time The Manchester Guardian was founded in 1821, the tax had increased to 4d and was applied to publications that were published more regularly than monthly.  In addition to stamp duty, taxes were also levied on advertisements and the paper itself.

Each paper printed had a stamp tax imprinted on the front page which indicated that the paper had paid its dues.

The effect of the duty was to keep the cost of newspapers high and limit their circulation.  Some sections of the radical press printed ‘unstamped’ titles, but these publications were illegal and those involved in the printing and distribution could be, and often were, charged with libel for which they could be fined or imprisoned. 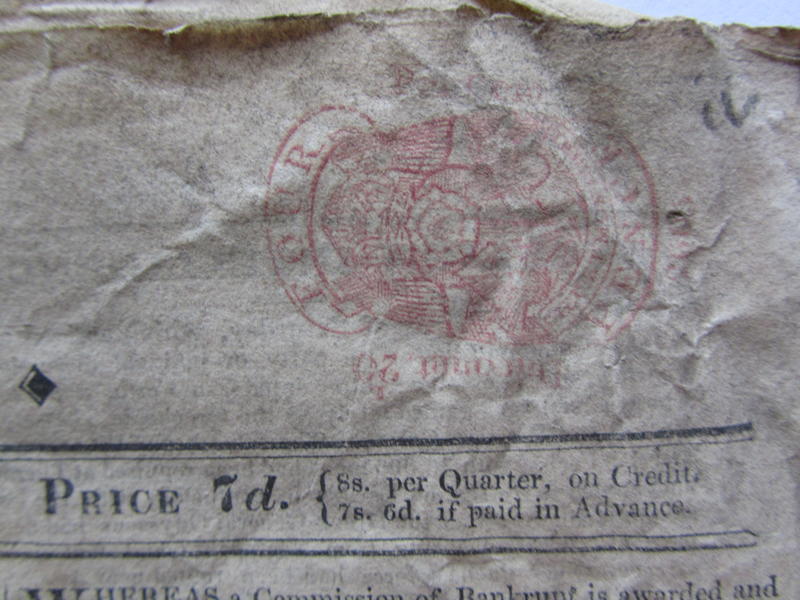