The Manchester Guardian is unusual in that it has been principally linked, from its launch to the present day, to two related families, the Taylors and the Scotts.

Founded by John Edward Taylor in 1821, the paper passed down to his sons when he died.  Russell Scott Taylor, the eldest son, ran the paper briefly before he died an early age in 1844. The paper was then edited by Jeremiah Garnett, joint proprietor, until 1861, helped by Taylor’s other son, John Edward Taylor. In 1861, Taylor assumed the joint role of editor and proprietor of the paper, a position he held until he passed on the editorship in 1872 to C. P. Scott.

The Taylor family were linked to the Scotts by marriage. John Edward Taylor’s father married Mary Scott, and Taylor himself married his cousin Sophie Russell Scott.  Sophie had a brother, Russell Scott (son of Russell Scott!), who married Isabella Prestwich and they had a family of eight children, four daughters and four sons.  One of the sons, Charles Prestwich Scott (1836-1932), became the most celebrated editor, owner and proprietor of the Guardian, having joined the paper in 1871 and become editor 1872 on the invitation of his cousin John Edward Taylor.  He remained in that position for 57 years.

C. P. Scott’s son Edward Taylor Scott became editor of the paper in 1929 and co-owner with his brother John on his father’s death in 1932.  Tragically, Edward died in a sailing accident four months after his father and his brother John assumed full ownership. In 1936, John Scott set up the Scott Trust to ensure the long-term viability and independence of the paper.  The Trust continues to own the paper to this day.

We are delighted that both the Taylors and the Scotts have been involved in the College, either as students or trustees or through other groups, throughout our history and through numerous generations.​​​​​ 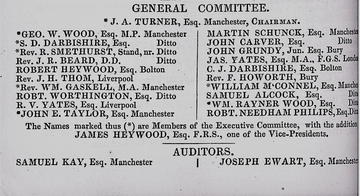 Figure 1: Page from College Minutes with list of members of the General Committee (including J. E. Taylor indicated as a Member of the Executive Committee) 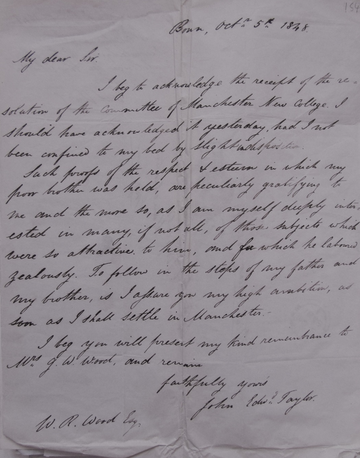 Figure 3: Letter from John Edward Taylor to W. R. Wood thanking him for the College’s condolences on his brother’s death (Wood 4 (folio 154)) 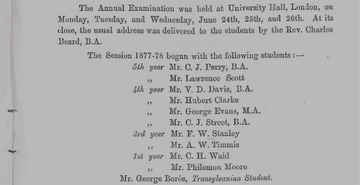 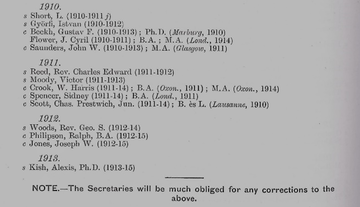 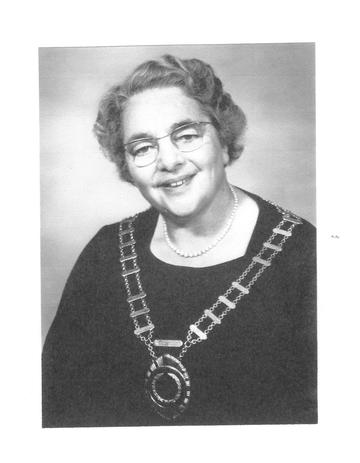