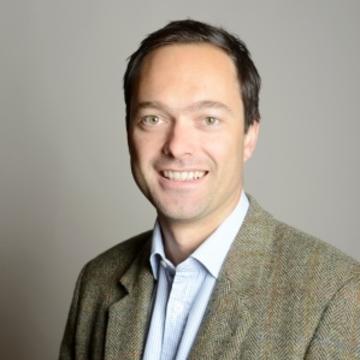 Director of the Wellbeing Research Centre

Jan-Emmanuel De Neve is Professor of Behavioural Science and Economics at Saïd Business School and a Fellow of Harris Manchester College at the University of Oxford. He is also Director of the Wellbeing Research Centre, set up in 2019 as a centre for the Univeristy of Oxford's interdisciplinary research on wellbeing.

His research interests are in behavioral economics and political economy. The underlying theme throughout his research is the study of human wellbeing. Jan has joined John Helliwell, Richard Layard, and Jeffrey Sachs as co-editor of the next World Happiness Report.

Prior to joining Oxford, Jan was Assistant Professor in Political Economy and Behavioural Science at University College London and a Visiting Professor in Economics and Political Science at INSEAD. He is affiliated with the Centre for Economic Performance at LSE and with the Centre for Experimental Social Sciences at Nuffield College. He is also a Research Advisor to the Gallup Organization.

He obtained his PhD from the LSE and was a Fulbright scholar at Harvard University. His research and commentary regularly feature in the media, including in The Economist, Financial Times, and on the BBC. He is a frequent speaker at academic and non-academic conferences including at PopTech and TED.