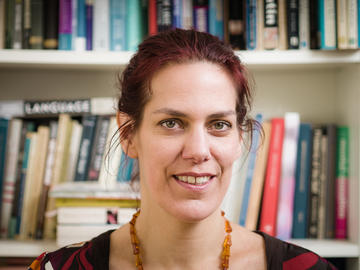 Sophie Allen (MA Hons Glasgow and PhD London) has been a philosophy lecturer in Oxford since 2002 and at Harris Manchester College since 2009.

Sophie’s research primarily concerns Metaphysics and the Philosophy of Science, especially the fundamental nature of the world, the relation between what science tells us and what there is, and whether the way in which we classify the world reflects the way in which it is naturally divided (if the world is naturally divided at all). She is intrigued by what determines possibility and necessity, and is also interested in questions about how philosophy is done, especially concerning the aims and methods of metaphysics, and what makes a metaphysical theory a good one.