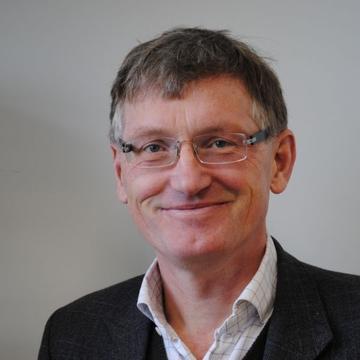 Patrik Rorsman obtained his PhD at Uppsala University in 1986 and then worked for extended periods in the laboratory of Bert Sakmann (Nobel Prize 1991), where he learnt the patch-clamp technique, which has remained a work horse of his research ever since. After a brief period at Novo Nordisk in Denmark (1994-97), he became Professor of Physiology at Lund University.   He has been Professor of Diabetic Medicine at the University of Oxford since 2003.

He was awarded the Minkowski Prize (in 1996) and the Albert Renold Prize (2013) of the European Association for the Study of Diabetes and was elected Fellow of Royal Society (FRS) in 2014.

He has published more than 220 papers dealing with the function of the pancreatic islet cells and has performed pioneering studies on the cellular and molecular regulation of pancreatic islet hormone secretion, the mechanisms that underlie the ability of the different types of islet cell to sense changes in the body’s metabolic state and adjust the release of insulin and glucagon to the functional requirements.

His research aims to explain the fundamental mechanisms regulating insulin and glucagon secretion. The work involves a combination of techniques to study secretion at the molecular, cellular and systemic levels. This requires sophisticated methodology to record the minute electrical currents flowing across biological membranes and secretion in individual cells at millisecond resolution. Optical techniques that allow monitoring the movements of single secretory granules within the cell prior and during secretion are also used. This work has led to an improved understanding of the normal regulation of insulin and glucagon secretion. This provides a knowledge base needed to define the defects associated with diabetes and for the development of novel therapeutic interventions.

His most recent work focuses on the mechanisms by which weight reduction surgery leads to rapid resolution of diabetes. These studies have highlighted an important role of the gut peptide PYY as the mediator of the effects. It is hoped that these observations ultimately can be translated into a non-surgical treatment of type-2 diabetes.