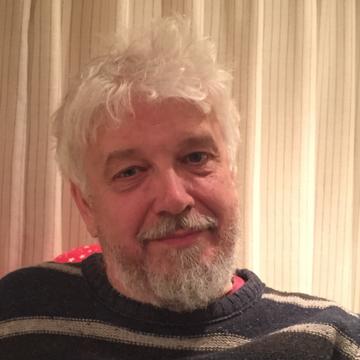 Programme Director for the Doctorate in Clinical Psychology (DClinPsy)

Paul qualified as a clinical psychologist in 1979 at the Institute of Psychiatry and Maudsley Hospital. He worked for six years in Yorkshire (in Huddersfield then Leeds) as a full-time NHS clinical psychologist before moving to Oxford in 1985 as a Research Clinical Psychologist. In Oxford he was subsequently awarded a Wellcome Trust Senior Research Fellowship and became Professor of Cognitive Psychology. He left in 2000 to work at King’s College London Institute of Psychiatry as Professor of Clinical Psychology and Applied Science and Clinical Director in the Centre for Anxiety Disorders and Trauma (2000-2010). He led the SLaM and national outpatient OCD service, and the outpatient NCG service.

In 2010 he was appointed Programme Director for the Clinical Psychology Doctorate Programme at Bath, with the brief of starting an entirely new programme based on best practice in the field. In Bath, Paul also set up and ran an NHS Clinic, working with AWP NHS Trust as a national specialist service accepting  referrals of people experiencing  severe anxiety problems who have unfortunately not found previous treatment sufficiently helpful. He has continued clinical work in the NHS throughout his career. He is strongly committed to the continued improvement of psychological treatments  and dissemination of evidence-based and empirically grounded approaches in partnership with stakeholders.

His main area of research and clinical work is in the understanding and treatment of anxiety disorders in general, and more specifically in OCD, Panic and Agoraphobia, and health anxiety. He has contributed to psychological understanding and treatment in all of these areas. Paul’s research interests include a range of transdiagnostic factors including both cognitive (appraisal) and behavioural (safety seeking) factors. He also has expertise in Health Psychology and is a Practitioner Health and Clinical Psychologist. Paul has worked on Health Screening, Health Decision Making and the identification and treatment of psychological issues in “Medically Unexplained Symptoms” and “Long Term Conditions.” He has published extensively in all of these areas.

Paul is Patron of several OCD and Anxiety charities. He is President Elect of the BABCP, to become President in July 2018. He is Editor in Chief of the BABCP Journal Behavioural and Cognitive Psychotherapy and an Honorary Fellow of the Association. He is a Fellow of the British Psychological Society and full member of the Divisions of Clinical and Health Psychology and is on the Register of Applied Psychology Supervisors. He was awarded the British Psychological Society Division of Clinical Psychology MB Shapiro Prize for Distinction in Clinical Psychology in 2017.