One of the most charming stories in the Archive relating to The Manchester Guardian is to be found within a small folder in the Osler-Herford collection. An envelope contains a selection of photographs of a rough-and-ready wooden cradle, some letters, and a short history of the object.

The wooden cradle is known as ‘The Taylor Cradle’ and in it slept John Edward Taylor, founder of The Manchester Guardian, when he was a baby. While the cradle remained in the family for nearly a century, in 1886 it was given by Taylor’s niece or great niece as a present to Reverend Robert Travers Herford and his wife.  The decision to pass it on was made because the nephew who was next in line to inherit the cradle wanted to make it into a box rather than retain it as it was.  The Herfords were grateful for the gift and it was used for each of their five children.  In their telling of its history, Mrs Herford’s daughters, Ruth and Catharine, noted that their mother always inserted baby feet-first to avoid knocking the child’s head on the hood when lifting out.  As they entered their twilight years, Ruth and Catharine wanted to secure a suitable home for the cradle and so offered it to The Guardian on the occasion of its 150th anniversary in 1971.

The cradle was included in The Guardian’s anniversary exhibition and was then passed on to the paper’s Chairman of the Directors, Laurence Scott, and his wife Jessica for their son - the cradle of John Edward Taylor had found its way back to the family nearly a century after it had left. Mrs Scott writes that ‘Laurence and I are delighted to have the cradle and it will always be treasured here’. 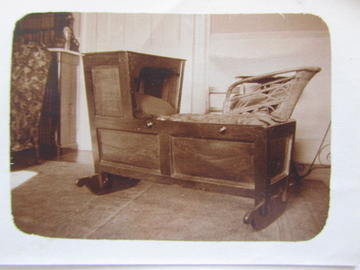 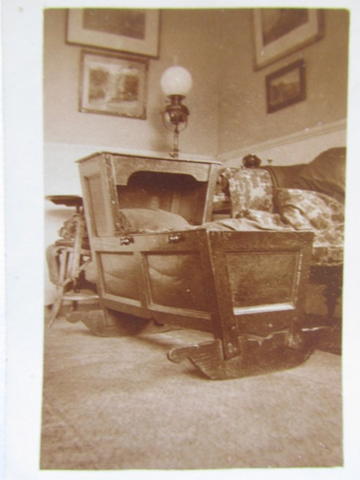 Photographs of the ‘Taylor Cradle’ 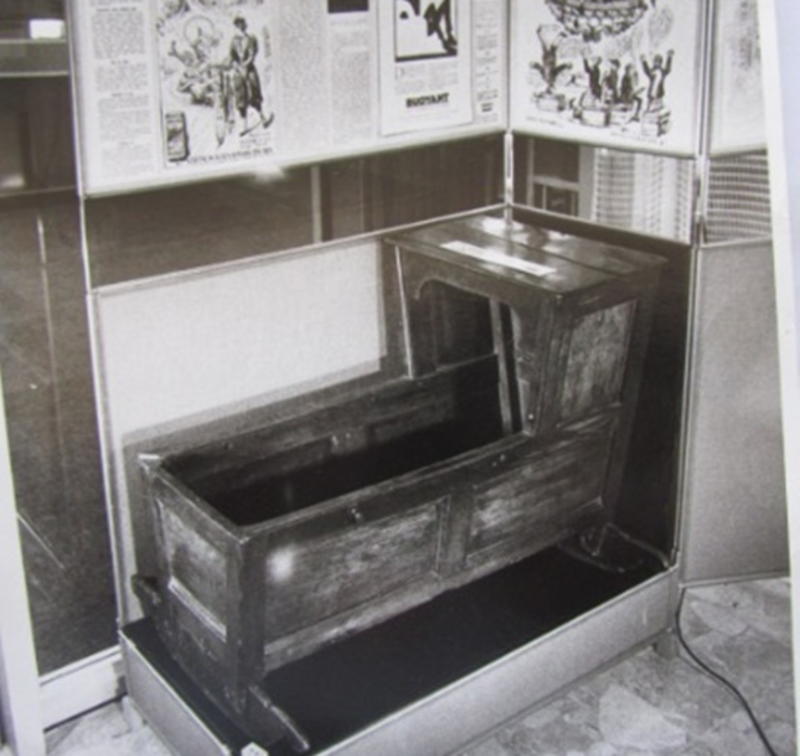 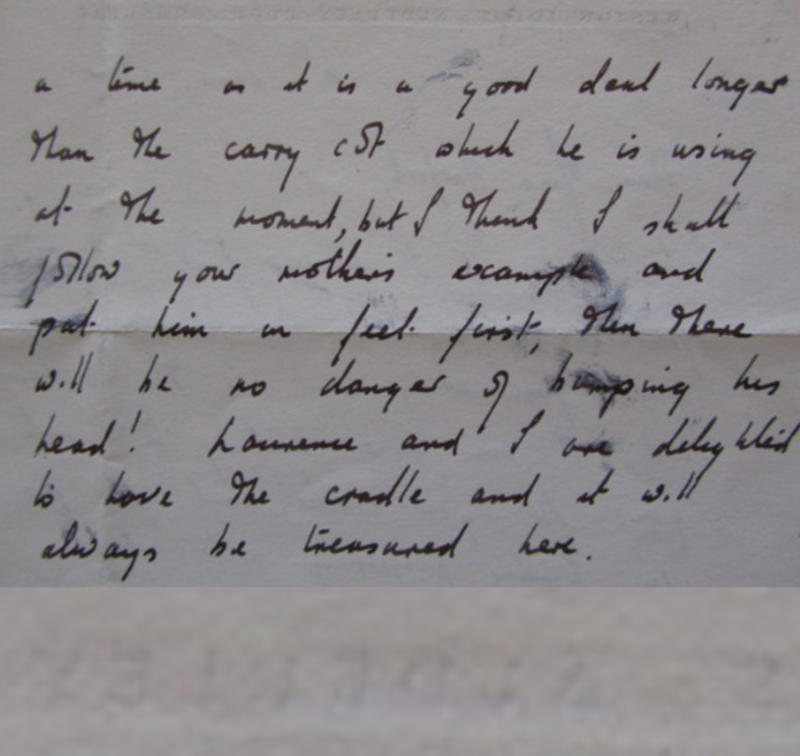