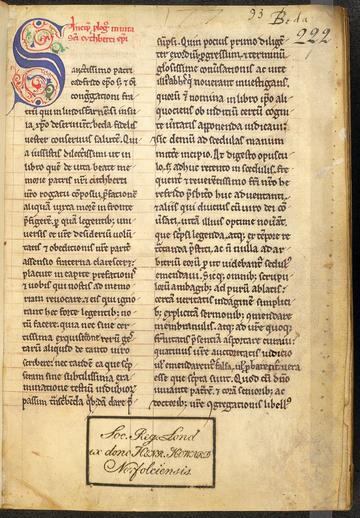 The most striking thing about History at Oxford is its extraordinary range and the enormous amount of choice offered to students (there are over 100 different options), reflecting the breadth of interests and expertise among those who teach here. Oxford is rightly celebrated for the broad chronological sweep of its courses. You can study options on any part of British and European History from the fading years of the Roman Empire to the present day.

All undergraduates are encouraged to confront periods and concepts beyond those encompassed by a narrow chronological focus, which enables then to see things not just in their immediate context but also in the perspective of long-term developments. The course demands that, during your three years, you study at least one paper from each of three periods: Medieval, Early Modern and Modern.

During the first year students study a mixture of papers designed to introduce them to ways of studying the subject different from those they have previously encountered, and to equip them with skills appropriate to the work they do later in the course. At Harris Manchester, in common with many other colleges, our tutors like to ensure that undergraduates are taught within College during their first year. In your first term, you will be taught British History I, 300-1087, which many students have never studied before. At Harris Manchester this is taught as a source-based paper, and, although it focuses mainly on primary texts, it also encompasses archaeological finds, art, architecture and book production. At the same time, you will be introduced to Historiography: Tacitus to Weber: Tacitus, Augustine, Machiavelli, Gibbon, Ranke, Macaulay, Weber, which is taught in house in the first term and by tutors at other colleges in the second term. One General History paper and one optional subject complete the first year, at the end of which you will be examined on all four papers.

The second and third years comprise Disciplines of History, one more British and one General History paper, a Further and a Special Subject and a Dissertation. Some of these are assessed by submitted extended essays and some by exams at the end of the third year.

History can be combined with Economics, English or Politics. At Harris Manchester, each of these is taught in accordance with the general principles of the Single Honours course: the first term is always taught in house and at present the joint schools are taught in house for the second term also, but this may not always be the case. Thereafter optional papers may be taught by tutors at other colleges. A wide variety of options is available for the second and third years.

History and Economics brings together the traditionally separate disciplines of history and economics to form a coherent and intellectually stimulating programme. The course is sufficiently flexible to allow students to specialize in virtually any area that they choose without sacrificing the well-integrated interdisciplinary approach for which the course is known. The combination of economics, economic history and history (political as well as social) means that your studies will equip you to view contemporary issues from a variety of contrasting perspectives.

The joint School in History and English was established in 1989 with the intention of encouraging students to develop their knowledge and critical skills in two closely interrelated fields. The intersection between language, culture, and history has been a focus of lively interest within both disciplines in recent decades. Interdisciplinary study has become a thriving area in its own right as scholars have moved away from what would once have been thought of as ‘purely’ historical or literary criticism to a more comparative way of thinking about the written records of the past (including, of course, the very recent past). In essence, this is a course in intellectual history.  For further information about studying English at Harris Manchester please click here.

The joint degree in History and Politics has been established in the conviction that it can offer complementary approaches to past and present aspects of human activity. The degree not only enables students to set contemporary political problems in their historical perspective, but it also equips them to approach the study of the past with the conceptual rigour derived from political science. A special feature of the Oxford course is the chance to choose subjects very broadly across the two disciplines, so that it is possible to combine medieval historical options with the analysis of contemporary political systems.

Although the college accepts students for this course, we do not at present have any staff dedicated to the subject, so that all teaching is done by tutors at other colleges.

If you would like to find out more then please see the following short films on Youtube: